Don’t put your camera away in the dark!

Too many people put their cameras away for the winter – night photography is one of the most creative forms there is. Amaze your friends with long exposures, light trails, wierd shapes etc.

Here are 5 Photography ideas to do at night which would be impossible during the day – all in a city near you. 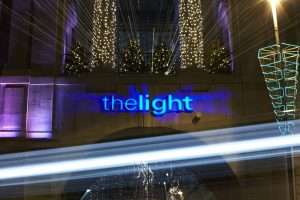 As traffic passes, they leave lines across your photos 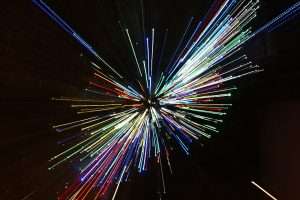 If you zoom whilst taking a photo, points of light turn into lines like these – on a tripod these are straight lines. 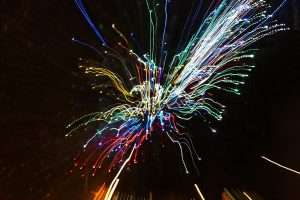 If you hold your camera and zoom, you get a more random pattern, a little like fireworks 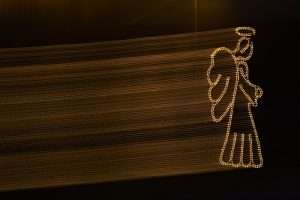 And finally, if you can see ceiling lights in an office block, you can get this “exploding windows” look by doing a zoom burst

All of the above were done “in camera”, not using photoshop at all – it’s a case of using a little imagination and technical know-how with the camera.

McFade Photography Training showed a group how this was done at the end of November – if you’d like to know more, get in touch and we can organise 1-2-1 Photography training for you, or a group event anywhere you like.

We cover quite a large range of creative photography subjects and projects at McFade Photography, some of which you may not know about.

So here’s a data capture sheet we use to show people how we can help their business, capture their family/hobby or art we can produce for them.

Click on the thumb below to see how we can help you today. 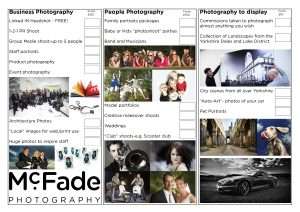 Well it’s Bonfire night tonight so how about capturing some amazing firework photos? 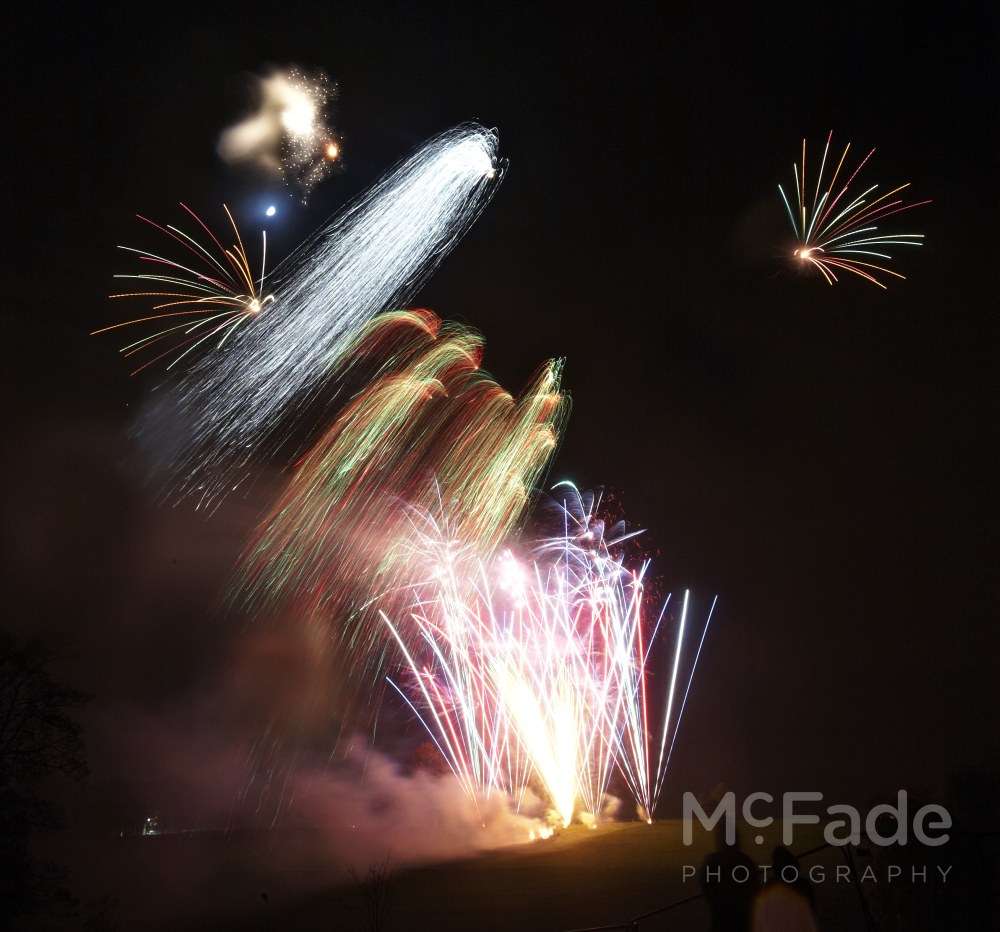 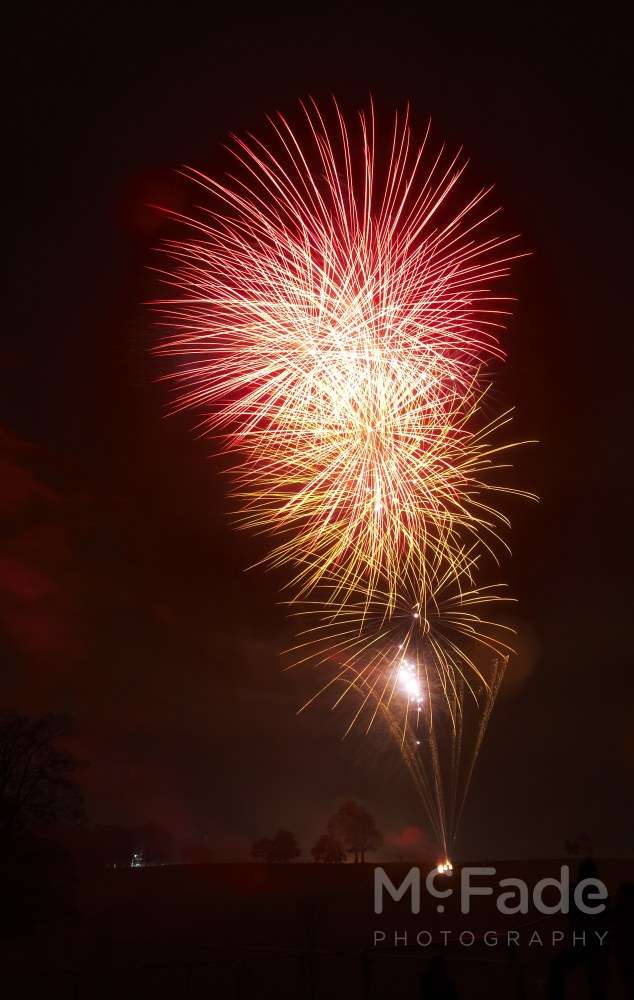 You need to use a tripod to keep your camera steady. The photo above was a 15 second exposure – there’s no one in the world who can stay completely motionless for that long. If you move during the shot, it will cause the static objects (trees in this shot) to blur, and the lines the fireworks take will be wavy

At bigger displays, the fireworks cover a very large area of the sky, so to make sure you get all of the action in the shot, it’s best to use a wide lens and hedge your bets. All the photos in this blog were taken with a 17-40mm lens on a full frame camera – and that’s “really wide”!

I hinted at this in point 1 – but to get the most from fireworks, we want to record their movement. This is done by leaving the camera running for longer periods of time. Most DSLR cameras can shoot for up to 30 seconds – so I’d suggest you try shooting initially with these settings…

That’s an opening gambit – give it a go before the fireworks start, see what the sky looks like. Ideally the sky should be dark so that when the fireworks appear, they will stand out. Try changing the shutter/aperture to see what effect it has on the sky.

4 – Use a small aperture

So you’ve got your tripod sorted, and are using longer exposures – so why use a small aperture?

Well the main reason is to kill the ambient light – you don’t usually want to see much of the ambient surroundings on bonfire night as its probably the back of a pub, a park, trees or something similarly uninteresting.

The other reason is that smaller apertures tend to give finer lines from the fireworks – wider apertures give fatter lines. So to get lots of  “fine detail”, small aperture is the way.

Fireworks are VERY VERY bright – so even at F22, which is a tiny little aperture, they will make an impression on your photograph 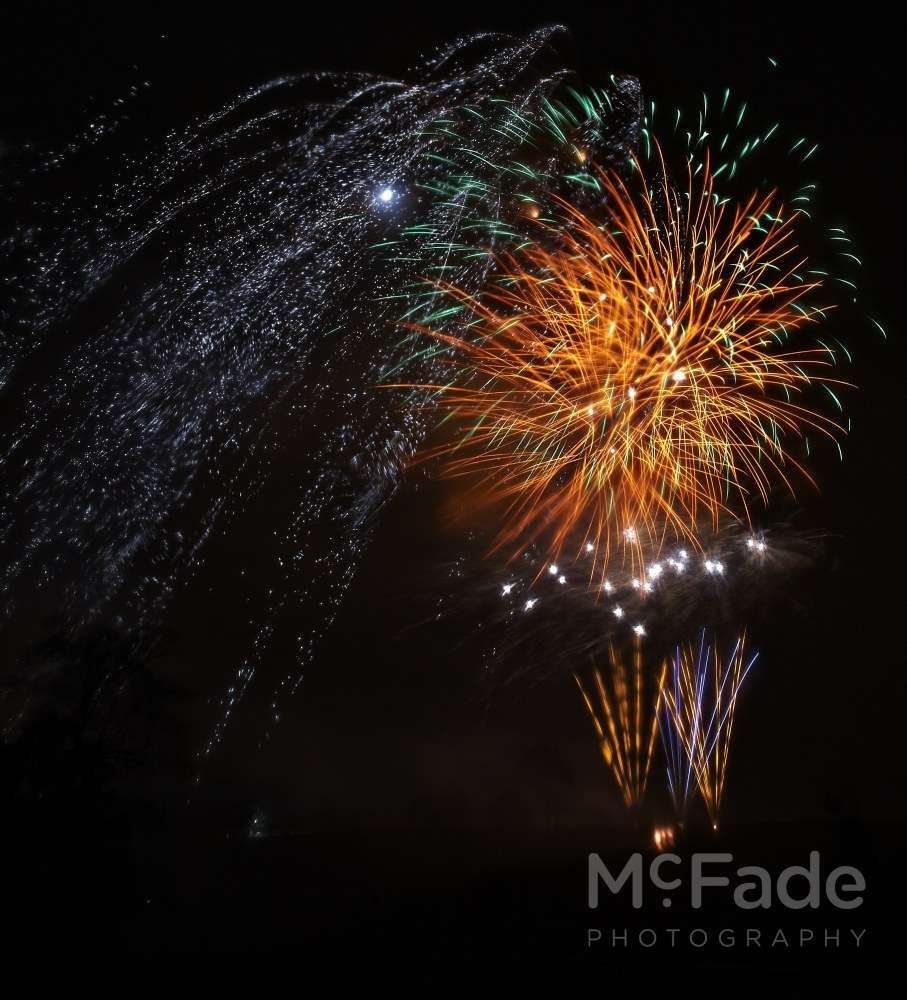 5 – Get some distance away if you can

Finally, I’d suggest getting a little bit away from the display area if you can – mainly because you get away from the crowds. There’s nothing worse than people kicking your tripod when you’re in the middle of getting that “perfect shot”.

Also you get a fuller view of the display when you move back a little – if you’re too close, you’re looking straight up and will miss some of the patterns the explosions form 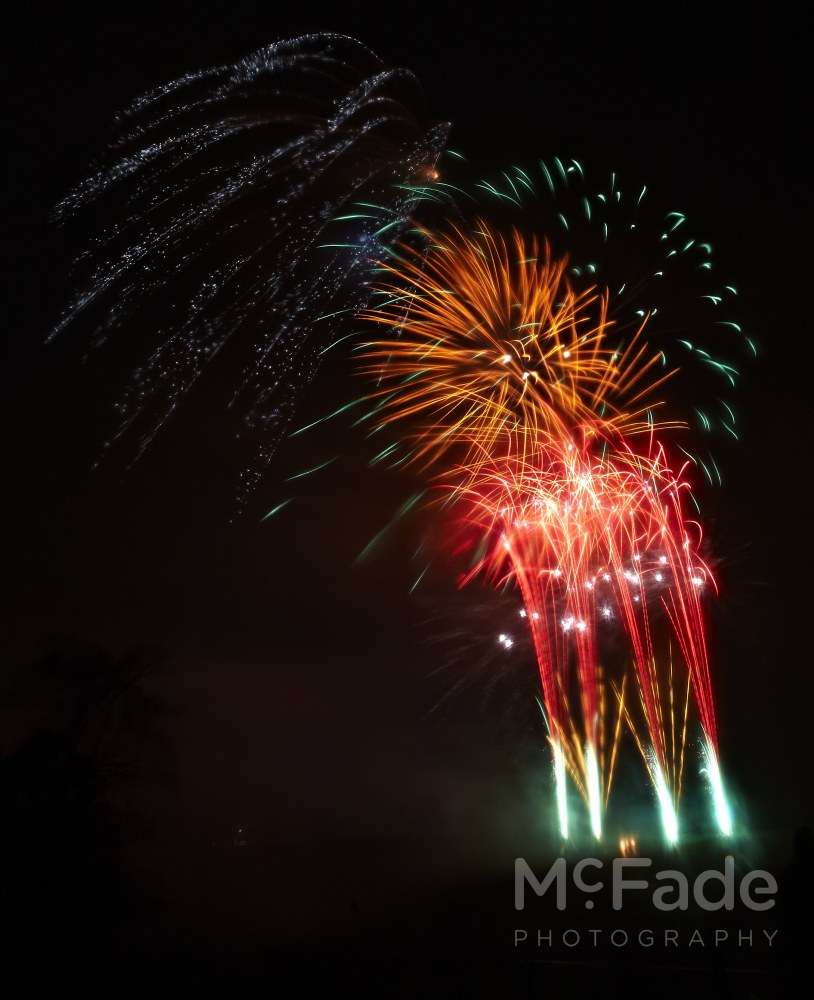 A few final things to remember…