On the way back from my sight test today, I called into a park and grabbed a few floral shots – thought I’d give it a bash, they’re not really my thing to be honest but you never know who may need them….

The park’s usually full of all kinds and colours of flowers, but today, I was greeted mainly with soil and dandilions… so here’s a bunch of shots… all done in Lightroom V4…. see if you like them, I’ll pop them up for sale if anyone fancies a print !

Photographing Cars in the Park

Prints of some of the cars can be bought here – email info@mcfade.co.uk if yours is missing and you want a print. 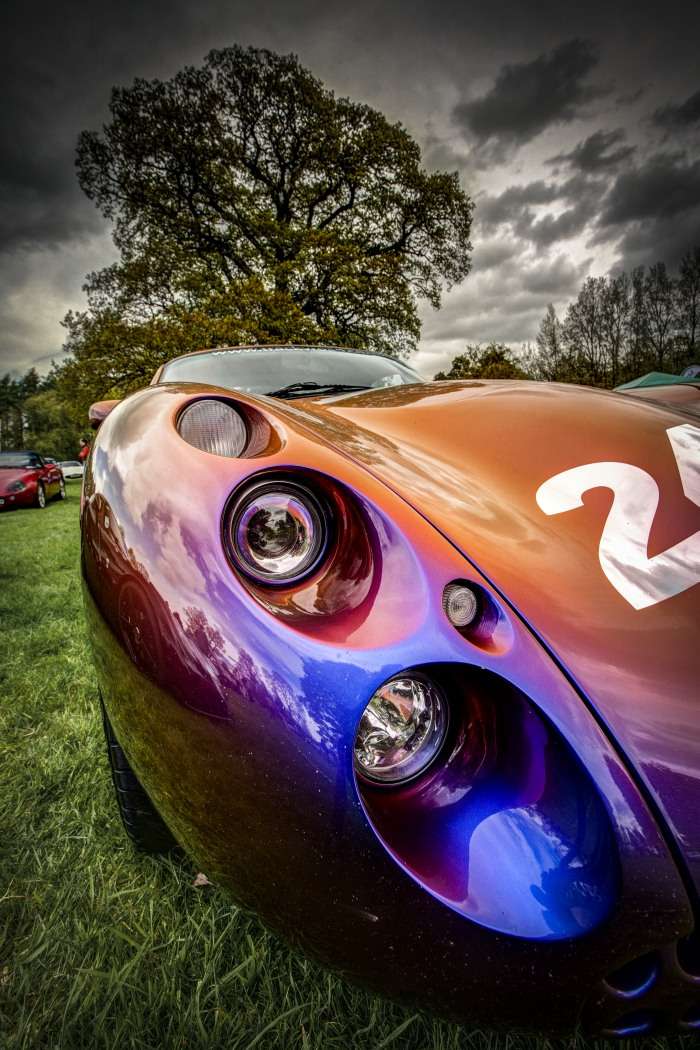 The rain was happily absent at Newby Hall, near Ripon, today, so the Cars In The Park show was a great success. A mix of sports cars from all eras converged on the greens in front of the hall – we were there taking photos and chatting with their owners along with Matt Netherwood of http://www.further-reflections.co.uk/ and Jackie Braddock of Forever Living Products (http://www.jaxflp.co.uk/).

Here’s a gallery of 141 shots, so hopefully you’ll see your car in there.

Please feel free to use the photos on facebook or tweet them, all we ask is that you make sure the logo watermark is visible, and that you credit us with a link to www.mcfade.co.uk.

Here’s one from the Lyric of Chris with his trombone on the stairs.

Here’s one from the Lyric of Chris playing his trombone.

The gallery feature isn’t in the right order, but each shot has a number after it;s name “brass-band-119-3” – that number is sequential :-

Here’s a shot by Dave Goodman, who came on our Brass Workshop in the Lyric. It’s a shot of Chris playing Trombone on the stairs up to the projector room.

For me, the main thing here was the shadow and brick textures, so all the emphasis was dragged in that direction, leaving chris himself very shadowy.

As part of the Lightroom 4 exploration, we offered to edit some of our students workshop photos to show what can be done just in light room.

So this shot is from a McFade Taster shoot where we had Sam and Chris, the brass section from Sweet Soul Blues Brothers and many other bands.

Here are the basic steps in Lightroom – click on the photo to scroll through each step:- 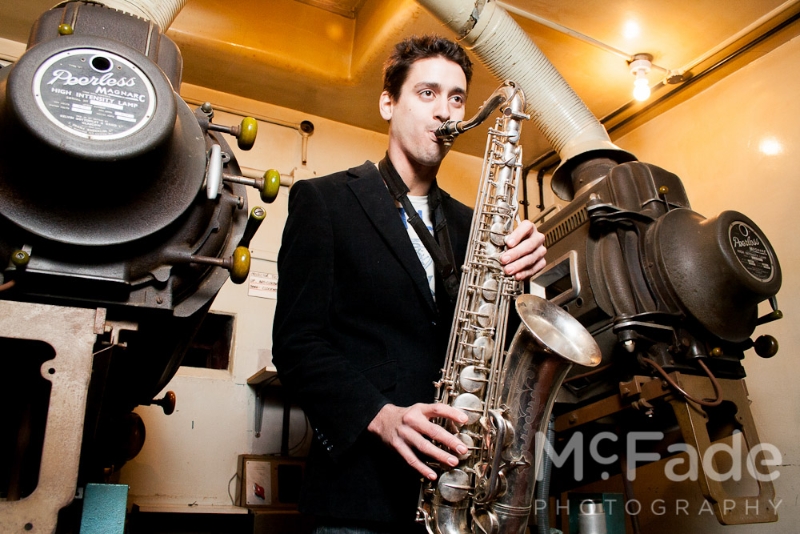 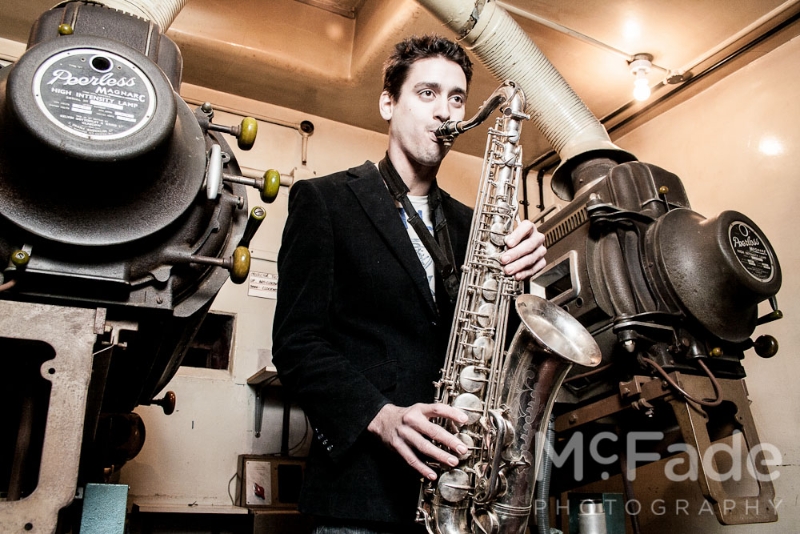 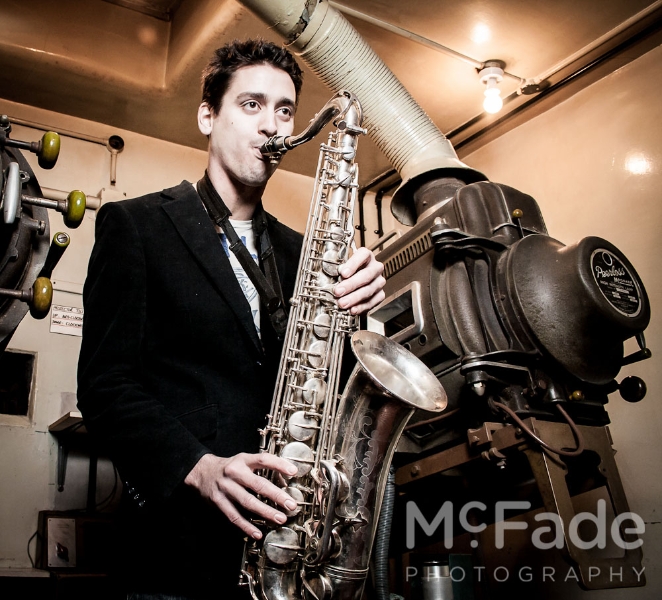 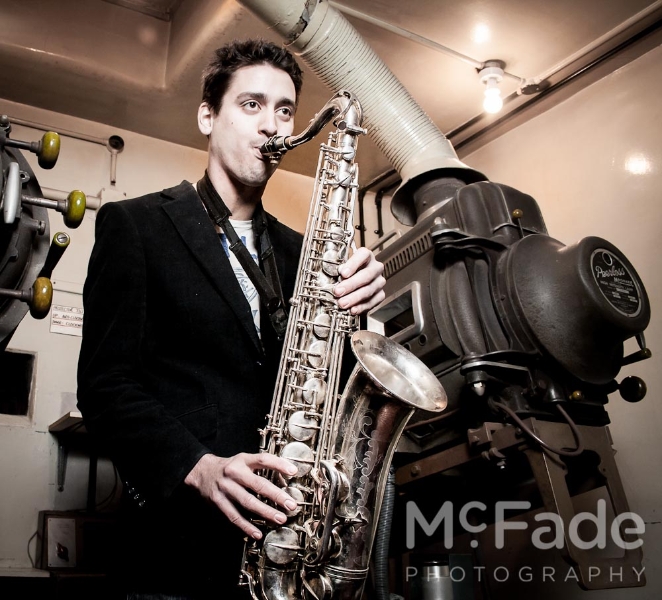 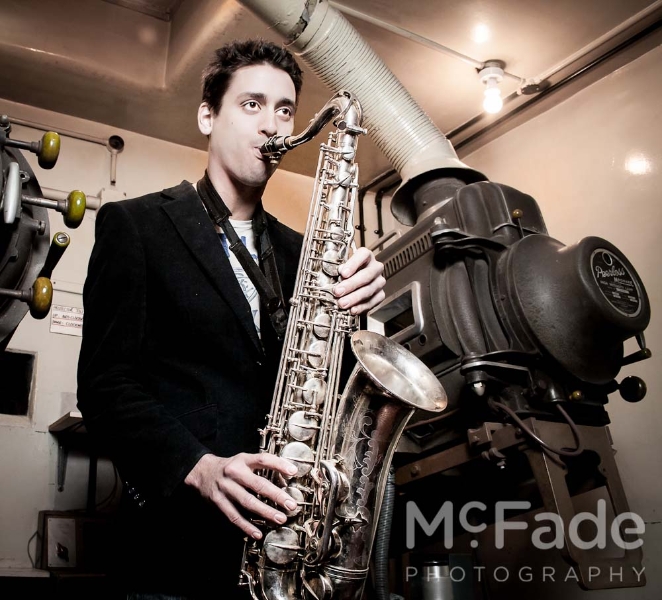 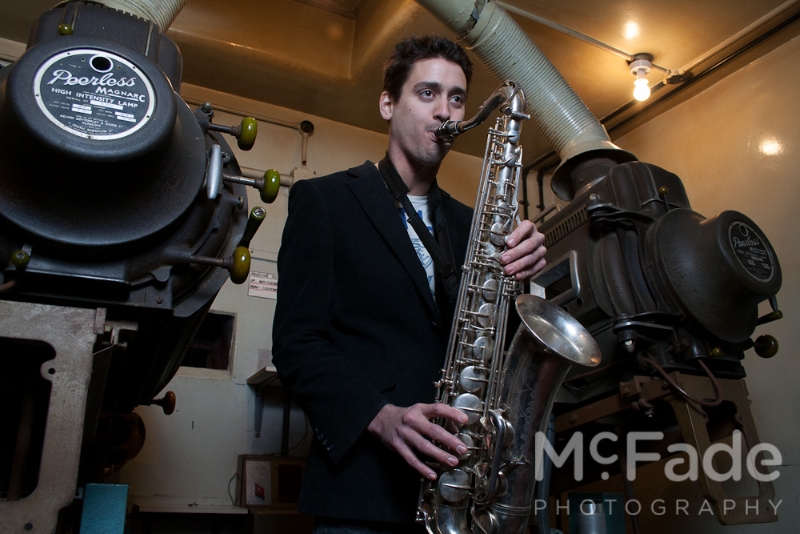 A bright mid-morning trip up to the Cow and Calf is a lovely way to start a bank holiday Monday. Light breeze, nice patterned clouds and nice shadows were what we were greeted with.

Thing is, using ND Grad filters to keep detail in the sky would blacken the top of the rocks. So to get both nice, bright rocks, and the sky, I took 3 shots of each scene (dark, normal and light) and then used Photomatix V 4.2 to blend them together to get the best from all 3 shots.

Using the same techniques taught in McFade’s HDR Masterclass, I created one finished image, then batch processed the rest of the shots to the same settings, working smartly increases your efficiency

Finishing off in Lightroom 4

What pops out of Photomatix V4.2 can be stunning in its own right – gone are the days of “cartoon-like” images which need hours of work in Photoshop. You will probably want to tweak the results though, so Lighroom 4 is the perfect tool.

You can tweak colours, make selective adjustments – maybe bring out detail in a wall, add contrast to a sky, brighten up the main focal point.

In this gallery, I’ve added in a few examples from a shoot which lasted about 30 minutes – right up until the sun disappeared behind a HUGE cloud!

So in this set, the HDR had the same settings for each shot and the “effect” was added in Lighroom afterwards.

In order we have..

One of our good friends from Bingley, Chrisse Carlton, runs a fantastic annual event to raise money for the MS Society.

There was a real buzz at the venue, “Foundry Hill Bar”, with people bringing and buying an amazing array of cakes and other treats. We’ve not heard how much money was raised yet, but what a great, fun way to help out such an amazing charity. 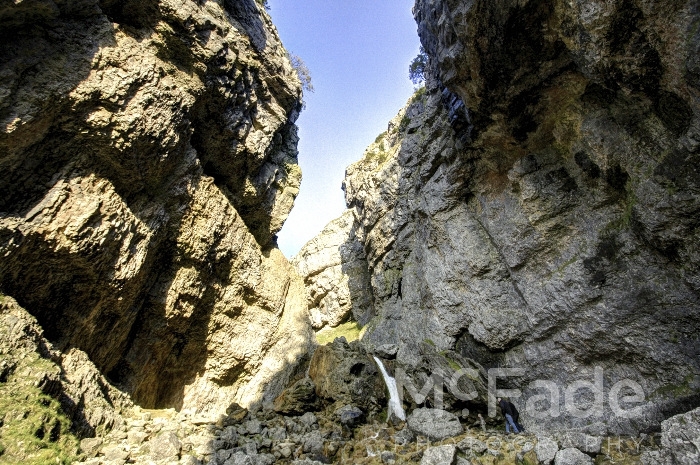 Gordale Scar…. Can you do it justice?

Going around “that corner” for the first time and seeing inside Gordale Scar is breathtaking. It’s as near as we get to Yosemite Valley in Yorkshire!

The pleasant, flat walk along side the burbling stream doesn’t really prepare you for cavernous geological marvel that awaits you.

It’s a huge gouge in the landscape, some think it’s a collapsed cave, though that theory has been generally abandoned in favour of the land being carved open by millennia of water erosion.

So as a photographer, you walk around the corner and there it is… can you capture that feeling in a shot? Can you convey the size of the thing?

Well I’ve tried many times, in many conditions, and its not an easy location to convey, so a great challenge for your imagination and technical skills.

First off, there’s not a lot of “variety” in the rock – it’s the same “stuff” and looks the same where ever you point your camera. Unless you add points of interest, like waterfalls and people, it can look rather “samey” and 2 dimensional.

Second – scale. People are a great benchmark for a viewer – if you’ve got someone climbing up the waterfall, it instantly tells us the size of the fall. Most landscapers wait for people to get out of the scene… here, I’d do exactly the opposite.

Point of view… I’d encourage you to wander around the cavern and find different views. When you get to see the “upper waterfall“, it’s a magical experience.. I’ll leave it at that.

Anyway – here’s a set of shots from 2007, the day England got beat by South Africa in the Rugby World Cup. Should give you an idea of what it looks like… but do any of them do it justice?

You’ll have to go take a look for yourself 🙂