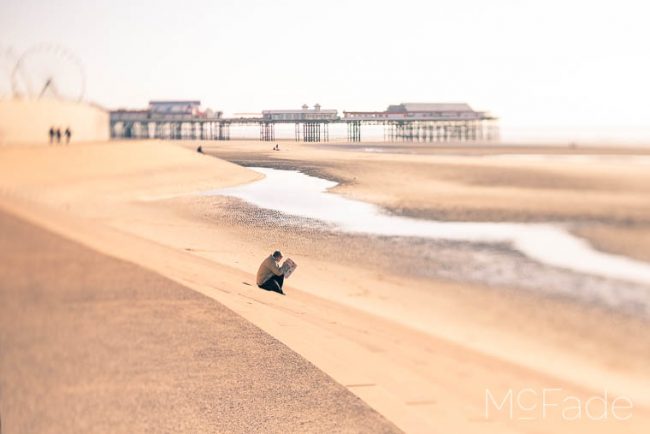 How sure are you that your website images are all legal to use?

By that, did you buy a licence or hire a photographer – or did you just pop on to Google to get a few shots, assuming no one would ever know.

And the chances WERE that you’d be very unlucky to be found out.

These 2 businesses have found a way to help photographers both find copyright infringements and also pursue compensation.

So fantastic for photographers – we should all be doing this to remind people that though we enjoy creating images, they also have a value and that should be respected.

This could cost thousands if you’ve got a blog packed full of unlicensed images – though it’s the front page of a website which will cost you the most.

We’d recommend checking where the shots came from –

See how it all works

Sometimes you don’t get that perfect light – the colours are missing and you’re tempted to get back in the car and drive home.

But so long as you’ve got a little definition in the sky and it’s not pouring down, then stick around – get some shots with the intention of going “black and white” in processing.

I usually switch the camera to Monochrome when shooting – just so the preview on camera looks black and white – remember that the RAW file always contains colour info anyway, so you don’t lose anything.

As you can see from this unedited shot – it wasn’t the most inspiring of days in Yorkshire, but there was sky definition – so I stuck around and took 63 photos of the area.

This is 2 of them stitched together.

After about 7 minutes in LIGHTROOM…

The basic steps are

Rather than typing the details, here’s a video which explains it all – every step!

When you’ve done a shoot and have hundreds of shots to trawl through, you need a quick way to get the skin tone the right brighness on your subject.

It’s not straightforward enough to use Auto Settings – that will take account of the background as well as the and skin – so you can end up with all kinds of problems!

Here’s an unedited shot of Brad – the lighting’s pretty cool, but I’m, not sure whether his skin’s right or not.

In general, Caucasian skin will be at +1EV (other skin tones vary so this may not work with or skin tones – you’d need to use 0 or -1EV instead).

After this tweak, we now know that Brad’s face is at the correct brightness, and can continue to do whatever edits we like – but this is a great start point!

One of the most common issues we get are people asking to cancel (or come on a different workshop for no extra cost) – it could be work related, or a sick pet or anything life throws up. We have to say no in order to stay in business – hope this explains why!

We love running workshops at McFade – it’s our way of doing photography we love AND sharing our passion for all things camera related.

But for our workshops to be worthwhile, we need to keep an eye on the numbers. Whilst it’s “fun” to do, it has to be done as a business.

This means that we always need to make decisions on whether to go ahead with a workshop based on how many are booked on the session, so I thought I’d explain how it works.

To create a workshop, we need to work with numbers:-

So here’s how it works – the numbers are chosen for ease, rather than actual real values

So in the above workshop, we have to calculate whether it’s worth running or not.

Hopefully, you can see the impact of cancellation – in this scenario we either half our rate or would work for £0. We could of course charge

We hate saying “no” to people who have to cancel – but if we did refunds, it’s pretty likely that we’re moving from a “worthwhile” workshop to working for nothing or losing money.

It’d been on the cards for months but just hadn’t got round to doing this shoot with Brad. So on Weds, we met up at The Tetley in Leeds and got some great images around the Dock Street and Brewery Wharf areas.

Great for headshots as it has these converging walls behind you, and cobbled streets. Just 2 lights on these.

By the River Aire

Calls Landing in the background, a half decent sky and a cigar!

There’s a decent graphic quality under the bridge down at Brewery Wharf, lots of lines to help with composition

There’s a large sculpture in the middle of the square, I think it’s barley. Anyway – with the sky getting more dramatic and a few filters, I went for a very wide angled lens (16mm) and created some really dramatic shots to end… got a bit carried away with the vignetting and darkness, but

Our second portrait workshop the summer was with Nicola Papperazzo, Chloe Mason and Andy Blue McLaren.

We split it into a couple of locations on the west end of Leeds city centre. Starting in the flowery Park Square, where I showed people how to use flowers in the foreground to add blurry texture – like this one of Nicola

The sun light was low and warm, so we also made use of that with shots like this one of Chloe, where she’s looking straight towards the sun

The sun soon left the square, so we moved on to a spot with some fantastic graffiti – a building which used to be the police station many moons ago!

Here’s one of Chloe, I’ve used a technique of shooting along the building, on the model, so the foreground blurs as does the background. There’s a little texture added to this in post processing too, just to add to that urban feel.

Here’s one of the front of the building with Nicola – showing how you can use the environment as the main feature and the model only forming a small part of the image.

Next we moved to the footbridige over the A58M, Leeds inner ring road. Its not the prettiest of things so not immediately obvious a location for a shoot, but I’ve always liked its long lines, hard concrete and hand rails. It lends itself to portraits – here’s one of Andy, framed in the concrete and steel of the structure

Here’s Chloe on the bridge itself

At the end of the evening, once the light had dwindled, I captured a few shots of Chloe using just street light – you need street lights to focus for starters, plus once it’s dark, it lifts the model out of the background

Then to finish the evening off, did a flash demonstration – this used 4 flashes – compact and cheap to buy, but really effective.

We then stopped Andy from leaving by putting him in the spotlight, which he loves! Here we have the same softbox, and 2 rear lights giving them a glowing “rim” light.

Though to get this shot, we had a laugh first….

My Favourites from the night